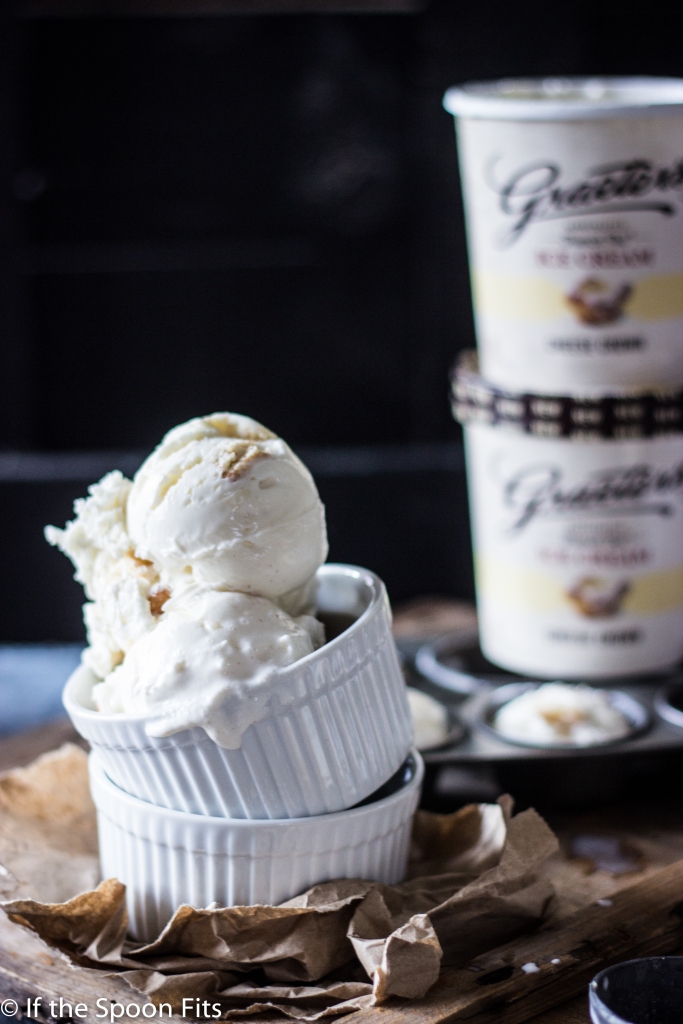 As someone who is the youngest of four siblings and thus destined to a lifetime of being the “baby sister” regardless of my age, or maturity, or general attempts at adult-ness, I’ve finally come to accept the fact that I may not necessarily be my own person. Rather, I suspect that I might just be a diluted version of my brothers and sister, all wrapped up into one not-so-neat package. 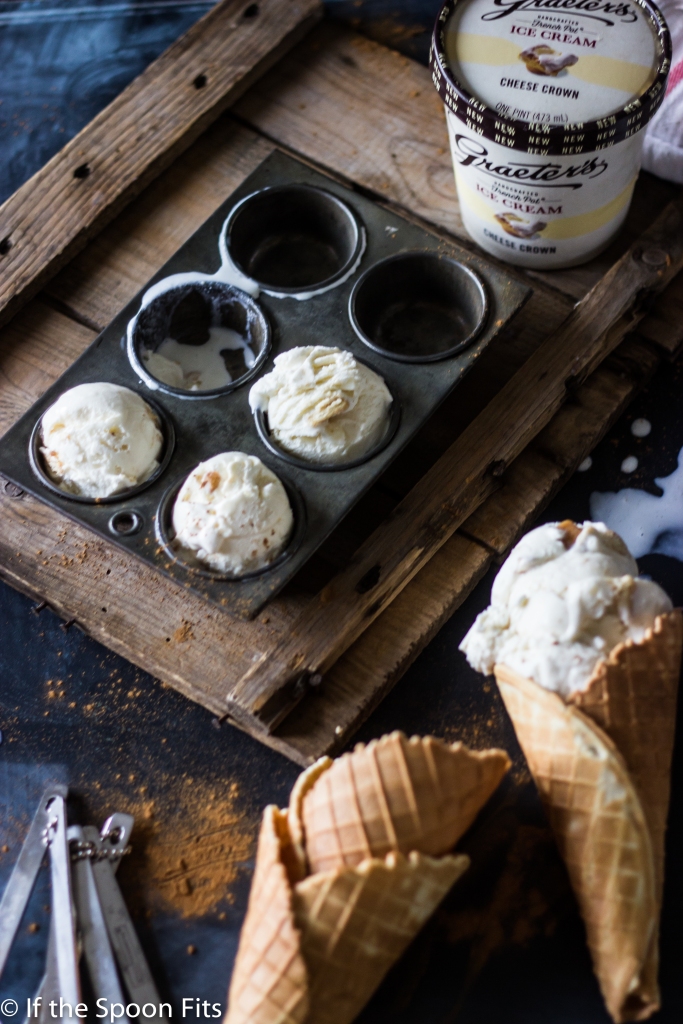 Despite my inherent need as a Millennial to be UNIQUELY ME and go boldly where no one has gone before, I actually don’t mind this personal identity crisis. In fact, I embrace it: the way I see it, I’ve had the benefit of observing three people walk through life before me – it’s like having three life coaches. For free! It also explains my eclectic taste: it’s why I love Aerosmith and REO Speedwagon, but can also get down with Flute Dreams and Electronica.

Of my three siblings, it’s really my sister who blazed the trail for the rest of us. As the oldest sibling, she really took one for the team. She did everything first, and of course I wanted to be just like her. Even though I love and respect my brothers equally as much, it’s just different with sisters. For those of you who are lucky enough to be a Little Sister, you know that no one will ever carry a greater influence on your life and decisions than your Big Sis.

Even though we are 15 years apart, my sister and I have always been the best of friends. Wherever she was, I was right there by her side (whether she wanted me there or not). And because the natural disposition of any Little Sister is to be inherently more interested in the hobbies and passions of her Big Sister than her own, I spent much of my childhood trying to imitate everything that she did.

My obsession with my Big Sister explains why, when most kids my age were watching Sesame Street and pounding Cocoa Puffs, I was more interested in French Impressionism, foreign films, and sipping lattés at cool local coffee shops (Hipsters take note: I was hipster before you!).

In summary: I owe a lot to my big sister. She’s introduced me to so many different things that I love, and helped shape who I am today. Really, I just wouldn’t be me without her.

But of everything that she’s done, besides the lifetime of love and support and all the more obvious things, she did one very important thing for me that changed my life forever, though I’m not even sure if she is aware of it.

My big sister introduced me to Graeter’s ice cream. 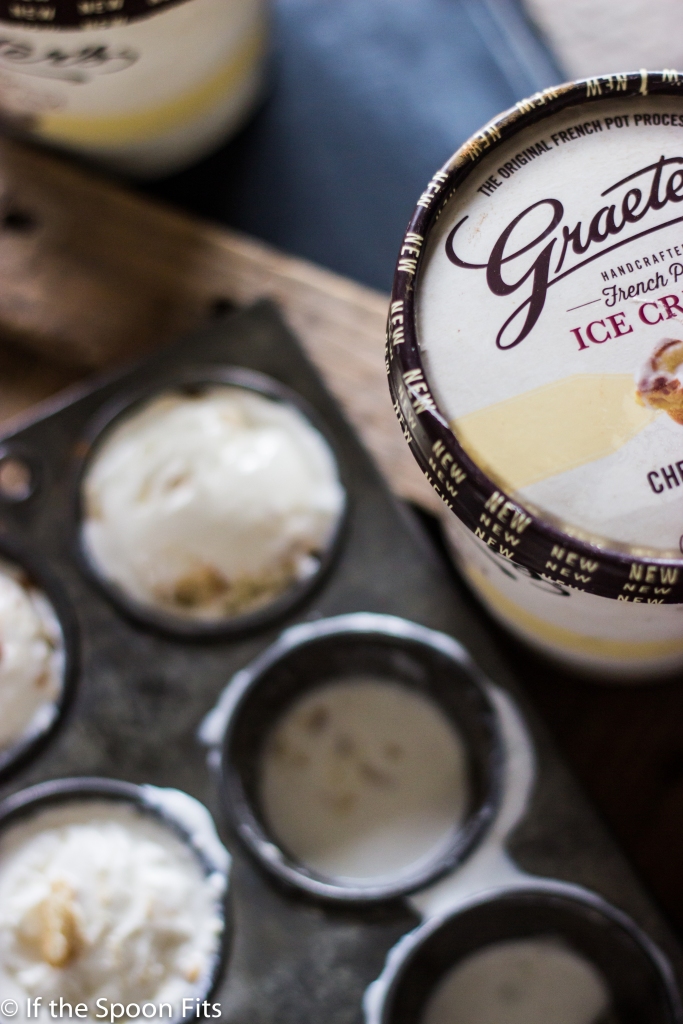 When Big Sis went off to graduate school and left me to fend for myself in the cruel northeastern Ohio countryside, there was nothing I loved more than visiting her in the urban jungle that is Columbus, Ohio. During one particularly special visit, she took me to her favorite ice cream shop, Graeter’s, and I’ll never forget it – the bright, purple color of my Black Raspberry Chip, and the way the massive, truffle-like chocolate chips melted on my tongue. From that day forward, I was hooked.

Years of eating Graeter’s has given me what I like to refer to as a “premium ice cream palate” (snob alert!). Greater’s has a distinct richness that’s unrivaled by other ice creams – I’d imagine it’s because it’s made by hand one batch at a time, in small 2.5 gallon French pots (I’m not sure what a French pot looks like, but the idea of it brings me endless delight). Graeter’s is also based in Cincinnati, Ohio, and you guys know how much I love Ohio ice cream. It really doesn’t get any better! 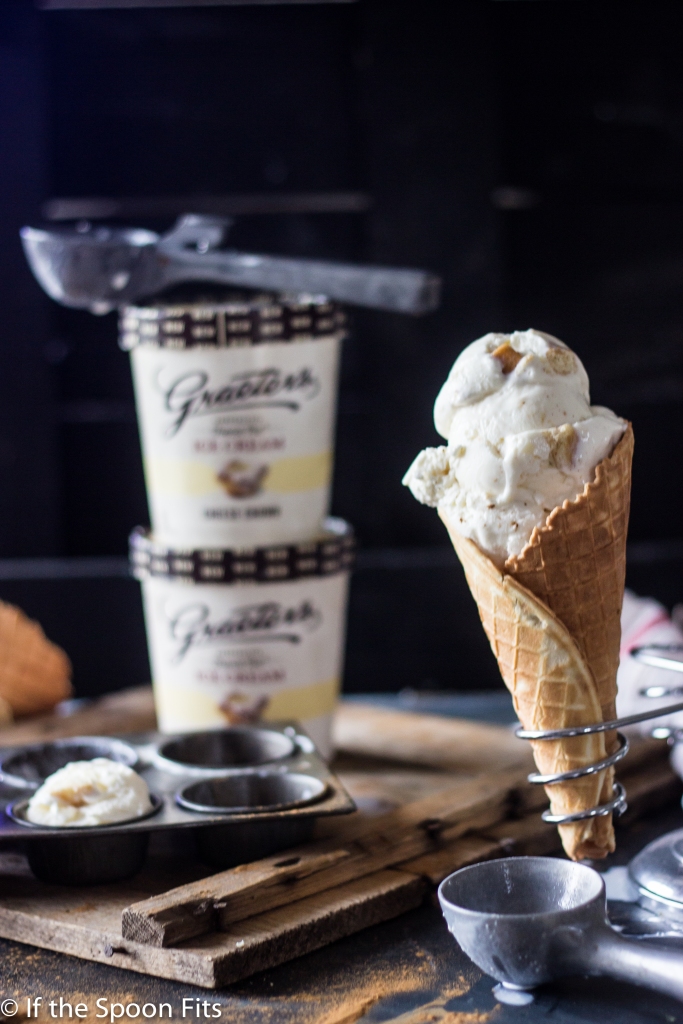 So a few weeks ago, when the lovely folks at Graeters asked me to review one of their most special flavors, Cheese Crown, I knew I was on the most important mission of my life. I had to go on a bit of a journey to locate the flavor in my area, but when I finally held that pint in my hands, let me tell you: in that moment, at 28 years of age, I felt that I had self-actualized. 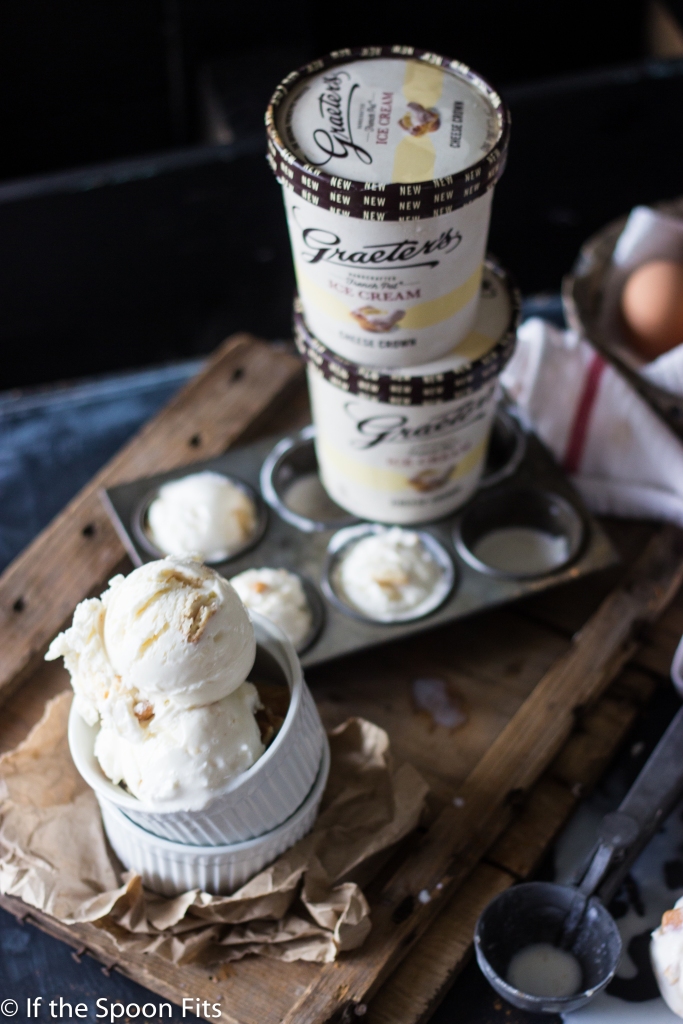 The Cheese Crown, as I’ve learned in recent weeks, is a type of celebrated Danish in the Cincinnati region that resembles a small crown drizzled with frosting. Although I couldn’t find any Cheese Crowns in my neck of the woods to try for myself, from what I could gather from reviews and testimonials, it seems like the pastry itself is a life-affirming experience. Would the ice cream be as good?

And the answer is: yes. Ohmygosh, yes.

This ice cream has a cheesecake-flavored base, and it’s packed with cinnamon pastry pieces and icing flakes (yes, you read that right. Icing Flakes). Although I wasn’t sure what to expect upon the first bite, I quickly fell in love. I absolutely felt like I was eating a Danish, in ice cream format! It was insane.

I was skeptical about this flavor at first, because using pastry in ice cream tends to degrade the flavor and texture of the pastry, and it’s not an optimum experience. Of course, the pastry in the ice cream wasn’t as good as a fresh pastry, but it morphed into a delicious, almost crispy bit of deliciousness which was perfect against the backdrop of the creamy cheese base. The softer and warmer the ice cream got, the better this ice cream became – it’d be perfect for a summer day!

Graeter’s didn’t take the easy way out with this flavor, which I appreciate. Instead of just chopping up pieces of actual cheese crown pastries, they made a point to make the icing its own separate mix-in. I was worried at first that the icing pieces would be hard and flavorless, but they melted into sugary goodness on my tongue and almost gave the effect of white chocolate chips.

I’m not sure if it’s because the name of the ice cream includes the word “crown’, or if it’s my own deeply-rooted sense of self-importance, but I felt like royalty eating this flavor. Do you remember that episode of Seinfeld (yet again, another favorite thing of mine that can be attributed to my sister liking it first), where Elaine eats that really old piece of “vintage” cake that she found in her boss’s fridge? She finds out that it was from a royal wedding, and she gets swept up in the moment and starts dancing around eating her piece of cake?

That’s what I felt like when i was eating this ice cream.

With its intense cheesy flavor, Cheese Crown is definitely on the savory side, which I know isn’t for everyone. If you’re someone who is typically more of the Strawberry/Vanilla/Chocolate persuasion, you may want to ease into this one. But that’s okay, more for me 🙂

One thing’s for sure: Cheese Crown is a super special flavor that should be shared with someone, well… super special. A big sister, perhaps? To thank her for a lifetime of love and support?

Have you tried Cheese Crown? What do you think?