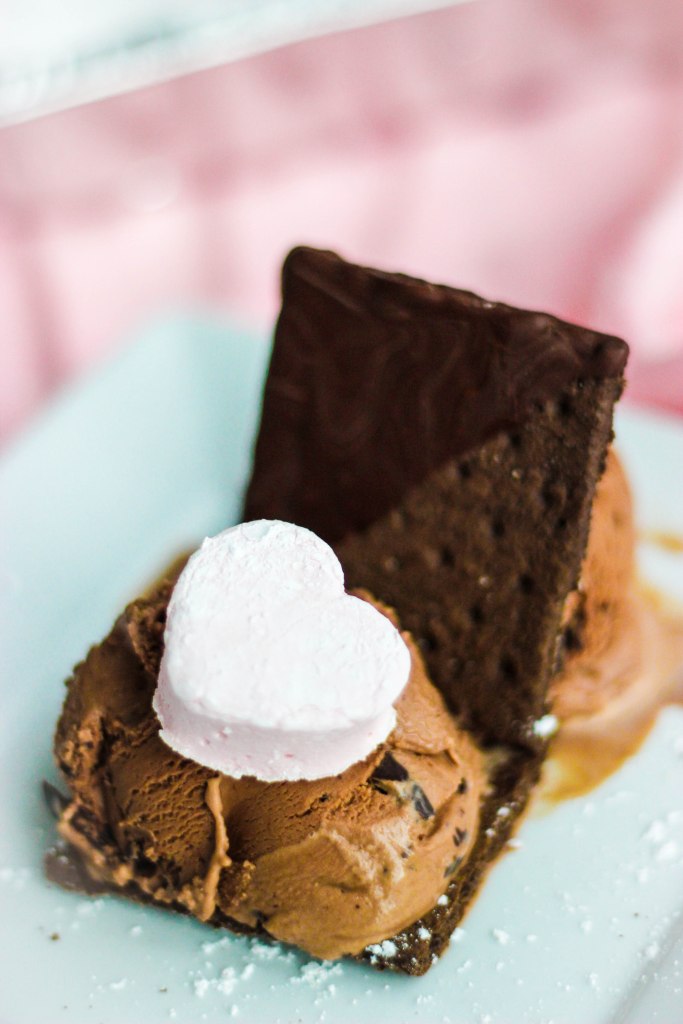 As with most things in life, I’m a little late to the party with this one. I had a Valentine’s Day post all planned out in my mind for months and months (yes, really), but ended up feeling a little under the weather all week. So naturally, any activity other than laying on the couch eating frosting by the spoonful was too much to handle.

(Because eating frosting by the spoonful is generally a great idea when you’re feeling under the weather).

But, if you’ll excuse my lateness, I’d still like to tell you why February 14th is one of my favorite days of the year. And really, it has nothing to do with romance at all.

I’ve always loved Valentine’s Day, even when I was 6 years old and the closest thing to a love letter that I had in my possession was a hot pink Hello Kitty valentine that my big sister left for me on the kitchen table. Admittedly, I think what I love most about this holiday is the very thing that many people despise, which is its unabashed commercialism. I love the sea of red and pink heart-shaped candy that decorates the aisles of the grocery store, and enjoy watching all of the cheesy, lovey-dovey advertising that begins to invade the airwaves at the end of January. Call me a girly girl (or just a sucker for good in-store merchandising tactics), but I love Valentine’s Day, even though some may argue that its true purpose gets lost in all the pomp and circumstance of our consumer-driven society.

(I personally take issue with neither pomp nor circumstance. In fact, I tend to require both in all of my daily activities). 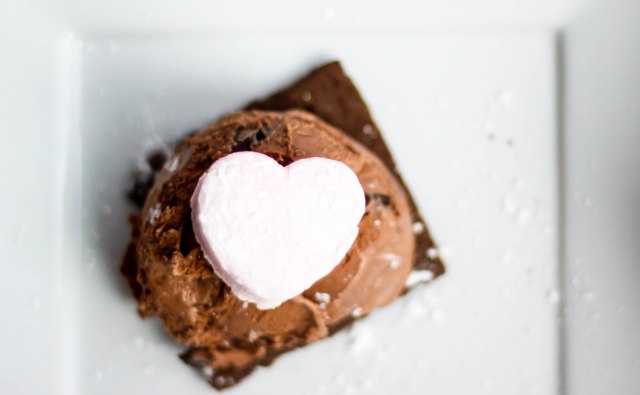 A few months ago, I saw these homemade marshmallows on Pinterest and just knew that I had to make them, or something similar. After all, they were pink, fluffy, heart shaped, and sugary, which are four of the criteria that I use to assess my Very Important Things That I Need in My Life Right Now list. What better time than Valentine’s Day to make my marshmallow dreams a reality?

Although I was overcome with massive bouts of anxiety when I went to make homemade marshmallows for the first time, they really weren’t all that hard to make. I even managed to make them without a candy thermometer, which is generally ill-advised when making any type of candy at home.    (Cleaning up the sprinkles of powdered sugar and gelatin on the countertop, however, was another matter completely – just ask my Senior Product Manager aka fiancé, who dedicated an entire afternoon to Kitchen Recovery).

So, even though Valentine’s Day is already over, what better way to say “i love you all year round” with these pink and fluffy, heart-shaped sugary morsels of delight? 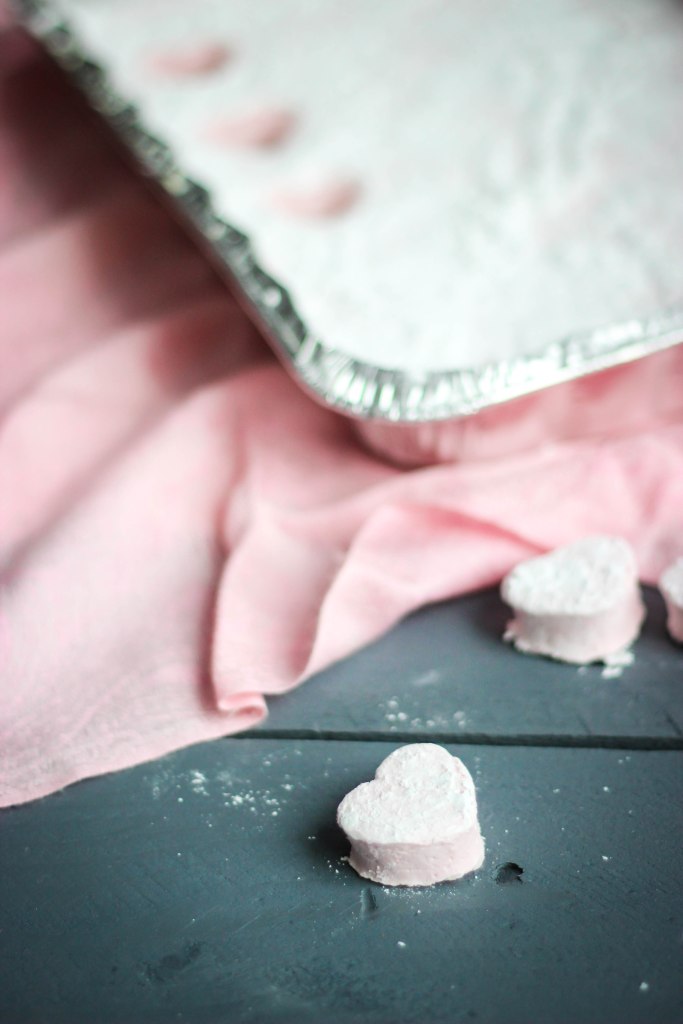 Don’t like Valetines day? Don’t worry. You don’t have to make these marshmallows heart-shaped. Or pink, for that matter. You don’t even have to color them at all. Because what’s better than a big, white, fluffy marshmallow atop melty chocolate and graham cracker?

Well, except for big, white, fluffy marshmallows atop a bed of the finest dark chocolate ice cream…of course.

I hope you enjoy these simple ice cream treats that will show your Belly Monster a little love and affection, 365 days a year.

1pint of good quality dark chocolate ice cream, such as Graeter’s or Jeni’s.

1 cup cold water, divided in half

2. In bowl of a standing electric mixer or in a large bowl sprinkle gelatin over 1/2 cup cold water, and let stand to soften.

3. While waiting for gelatin to soften, make the sugar syrup: in a medium saucepan, cook granulated sugar, corn syrup, second 1/2 cup of cold water, and salt over low heat, stirring with a wooden spoon, until sugar is dissolved. Increase heat to medium/slightly higher and boil mixture, without stirring, until a candy or digital thermometer reads 240°F (or just eyeball it and cook 10 to 12 minutes). Remove pan from heat and pour sugar mixture over gelatin mixture, stirring until gelatin is dissolved (You might need a partner to help you with this part!)

4. With standing or hand-held electric mixer, beat sugar syrup and gelatin on high speed until white, thick, and nearly tripled in volume, about six minutes or so (or until it starts to look like, well…marshmallow!)

5. In separate medium bowl, beat egg whites until they hold stiff peaks. Add whites, vanilla, food coloring, or other flavoring to marshmallow mixture. Stir until combined. Pour mixture into prepared baking pan and spread evenly (to the best of your ability –this stuff is sticky!) Generously sift powered sugar on top, and store in refrigerator for 1 to 3 hours (Mine set in about an hour, but I’ve read that it often takes up to three).

6. When ready, run a knife around the edge of the pan and dump the marshmallow block onto a cutting board. Cut into shapes with cookie cutter, or cut into squares with a knife. Finish with another light dusting of powered sugar.

7. Marshmallows will store for up to a week, but are their best the first two days after making.

1. Dip graham crackers in chocolate shell. Set aside until chocolate is hardened, about five minutes.

2. Add a layer of raspberry sauce to bottom graham cracker, if desired.

4. Top ice cream with marshmallow. Roast top with a kitchen torch (or let’s be honest…a good match will do the trick too!)

5. Top with second graham cracker and decorate with extra raspberry sauce or chocolate shell, if desired.